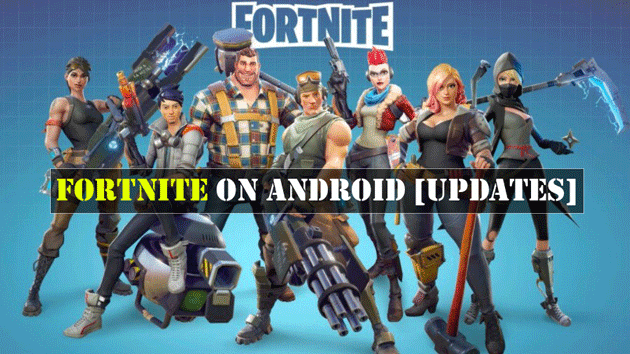 Today in this article we will discuss Fortnite On Android and when it is coming to Android smartphones How You Can Download It and Install It If it is available right now. So, there are tons of questions on the Internet and also Fake articles.

So let’s talk about Fortnite a few weeks back Epic Games Announced that the Fortnite will be available for Android this Summer and for the United States Summer starts from 21st June and ends around mid-September so, definitely it will be available anytime maybe today or tomorrow or maybe next month.

However, the chances of Fortnite coming this month that is July 2018 is very high because today is the First Anniversary of Fortnite in the Epic Games and I think it’s the best time to release this game for the biggest platform that is Android.

Now the question is How You Will Be Able To Download it when it gets available. So Tencent is developing it for smartphone platform you can go to fn.qq.com and register there with your qq ID. The Game will be available very soon.

Just Like iOS platform Epic Games have revealed the List Of Supported Devices and that includes most of the High-End smartphones including Pixel 2, Pixel 2 XL, S9, S9+, and few HTC, LG and Motorola smartphones.

Androidpit.com says it is confirmed list but I Don’t think so because really things for Fortnite is also going to support 19:9 screen like OnePlus 6 how they can miss this smartphone.

So, I don’t know if it is confirmed or not but then this is the list available right now and if Fortnite gets released the Apk File along with Data File will be available right on MyPhoneUpdate.com. I really think that’s going to be really soon.

So, this is it with Fortnite How You Will Be Able To Download It and Install It On Your Android Smartphones. You will find lots of rumors going on Internet all are Fake Ignore them.

I will keep Update you more information about Fortnite once it gets released. Also See: Install Android 9.0 Developer Preview 3 On Mi A1