As you all know by now for Google Camera to work you need to have a Camera To API Enabled and the POCO F1 has it enabled by default. Its one of the biggest advantages of this phone because you don’t need to unlock the bootloader or root it and you can just install the APK and you are good to go.

But here is the tricky part there are so, many APK’s of google camera right now that finding the right one was really difficult. But I have done the testing and I finally have the one that works almost on the phone. Below I have given the Link to Google Camera For POCO F1.

In this app, most of the things are working on it. Some of them aren’t, for example, you don’t have the Portrait Mode. But then you have the Lens Blur Mode which works almost as good as the portrait mode. The second this is the Video Recording is not working, you need to use stock camera app for Video Recording.

Finally, you can only take the selfies at 5MP in this app. That’s the issue in the Redmi Note 5 Pro as well. Apart from that, the app works really great and one tip I would like to give you is that after you install the app you should Go To Settings >> And Turn On High Quality For The Lens Blur Mode. 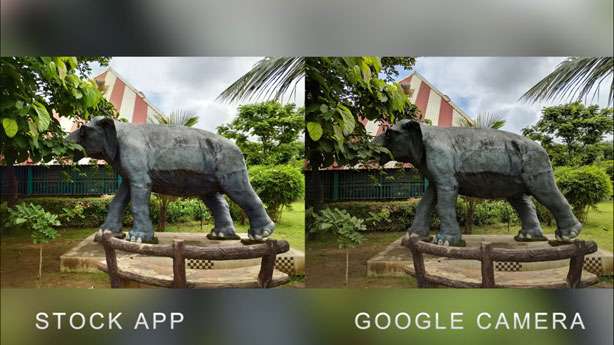 So, let’s talk about photos. As you can see from the above camera samples taken from Google Camera App are more contrasty they handle highlights much better and some of them are even sharper than the stock camera app. The colors are deeper when you shoot with Google Camera App and all in all the output overall looks better. The POCO F1 gets a dedicated AI Mode in the stock app and the issue with it is that sometimes it really blows out the colors in the scene. especially when you are shooting leaves and flowers and things like that it blows out the green color of the leaves a lot. 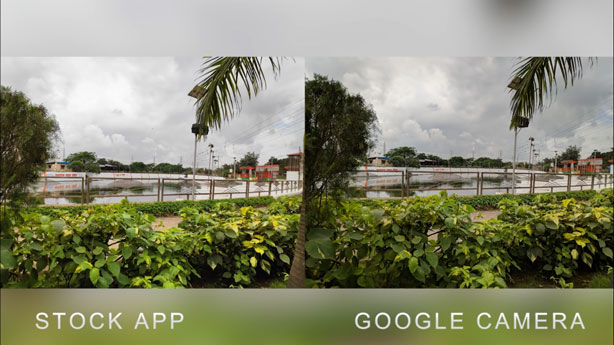 Google Camera, on the other hand, is the closest to the actual scene. But I didn’t like the shadows more on the stock camera app. But overall if you consider everything I think that Google Camera is the winner here.

On talking about the low light performance from the google camera app is much better than the stock app. Let’s come to the selfies and here as I said google camera can only shoot up to 5MP. So, at least in broad daylight, the stock camera app does perform better.

But then when you come to the low light I did feel that the Google Camera did a better job by bringing the lot more light into to sene even though it was at 5MP. So, yeah overall the google camera app does give you some really solid updates. POCO F1 was a really solid phone and now with Google camera.

You get that tiny boost in the camera performed well especially in the low lighting scenarios. I really liked the google camera on the POCO F1 and guys if you have the POCO F1 then you should definitely go and install the app.