The Moto Z3 along with the 5G Module is practically here in this article we will talk about 5 Important Features and Information that you must know before buying the Moto Z3 or ita 5G module.

Moto Z3 has Snapdragon X50 Modem that is going to help connect to the 5G networks and on the other hand, the 5G module is Verizon exclusive that means it will tap into Verizon’s 5G network. I don’t think you will be able to use this module with previous Motorola Smartphones I mean the Moto G Series including the recently announced Moto Z3 Play. 5G is the future, you can download 5GB data per second but I think it’s too early. I think Motorola wanted to be the first to launch the 5G smartphone.

Next thing is the Moto Z3 uses the year-old Snapdragon 835 Processor and that is quite disappointing because I was really expecting a flagship phone from Motorola that could beat other flagship phones in 2018. The Galaxy S9, OnePlus 6 Snapdragon 835 is of course not as powerful as Snapdragon 845 which is the latest right now. So it’s your wish I would, of course, choose Snapdragon 845 rather than reserving a 5G technology for the future and that’s my personal opinion.

The third important thing is that the Moto Z3 is just Moto Z3 Play with slightly different specifications. Both the phones have the same design, same body, same dimensions, weight is also the same and both have same 3000 mAh battery so just processor and Camera difference is there. I to be precise I was expecting a curved display from sides just like the Samsung Galaxy S8, Galaxy S9 and Note Series. But the Moto Z3 Play as the Moto Z3 with different specifications.

The fourth thing you must know that this is the last series. There won’t be any New Moto Z3 this year all you have is the Moto Z3 Play and the standard Moto Z3. There won’t be any Moto Z3 Force or something like that. So, no new Moto Smartphone this year. And this thing is officially confirmed by Motorola.

But form 2019 apart from that Verizon 5G Network Motorola is going to launch the new way of Moto Mods. There is not going to support the previous Moto G phones. The last thing is that the 5G Module will be available from January 2019. That’s a bit late however you can purchase the Moto Z3 starting August 16 early from Verizon. 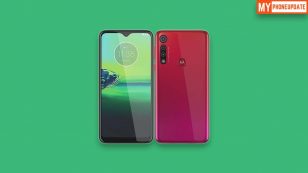 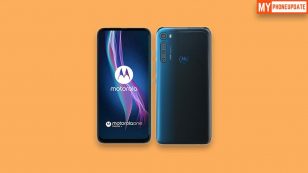