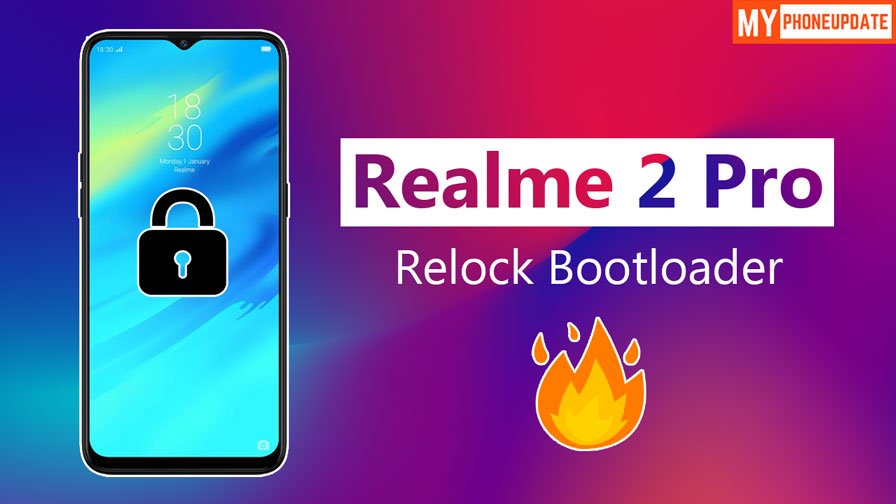 Now if you want to Relock the Bootloader then you can follow up this guide.

This RealMe 2 Pro is having a 6.3 Inch IPS LCD Capacitive Display which is a Full HD+ Screen, RealMe 2 Pro is powered by the Qualcomm Snapdragon 660 Octa Core Processor which is clocked at 2.2 GHz. This phone comes with Android 8.1 (Oreo) out of the box. It has 4GB of RAM and 64GB of Storage.

On talking about Camera RealMe 2 Pro has a Dual Rear Camera of 13MP + 5MP and Front Camera of 8MP. And this phone has a Battery Capacity of 3500 mAh which is a Non-removable Li-Ion battery. RealMe 2 Pro was priced at Rs. 13,990

Why To Relock Bootloader

Once you unlock the bootloader you have all the permission to do modifications on your device but the problem that you face after unlocking the bootloader is No OTA Updates, Your Phone Will Be No More Secure.

Pre-Requirements Before You Relock Bootloader

Note: Take Complete Backup Of Your Android Because On You Relock The BootLoader All Your Data Will Be Wiped Out.

But before we proceed to Relock Bootloader Of RealMe 2 Pro. Make sure that you have read the pre-requirement section and also make sure to follow each and every steps carefully.

Step 1: Download Unlock Tool Apk On Your Phone & Install It

Step 4: Once You Tap On “apply to exit in-depth test”. Your Phone Will Boot Into Fastboot Mode

Now These Steps You Have To Do On Your PC

Step 8: That’s It 🙂 You Have Successfully Locked Bootloader Of Realme 2 Pro