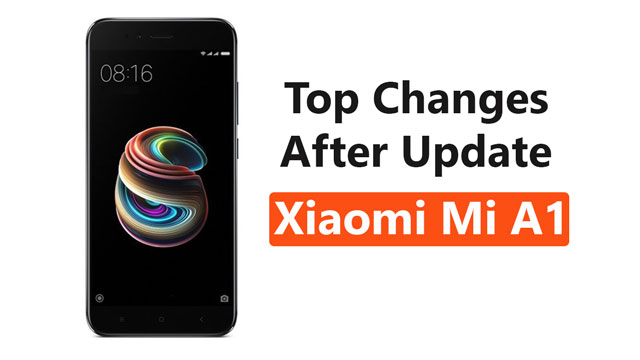 The first changes that I notice are the Camera Focusing. So, many users are facing problems with Focusing now the problem is completely fixed. You can check on your phone if this problem is fixed or not. I have checked now camera focusing is performing great.

The second change is the Selfie Camera. Now on selfie mode, you are getting Beauty Mode feature and Under Pro, you are now getting two options Slim & Skin. And on Smart also you will see three more options Low, Medium & High. So, you can try these new options while taking a selfie.

The fourth change you will after this update is the Network. Now you will see the Network Fluctuation Bug is fixed in this update. Internet speed is slightly increased.

Fifth change is the Phone Sound. You will see an improvement in sound quality and you are getting a louder sound.

So, this bug has to fix by xiaomi. I hope this will be fixed in the next security patch update.

Final Words: So, these are the noticeable change that we can see in this update. I hope you find this article helpful, If yes then make sure to share this post so, that it can help other users as well. If you want to ask any questions related to this update then make sure to comment down below. We would love to hear from you!