Xiaomi Mi Unlock Tool 2023: Hey, Xiaomi Aspirants! Are you getting bored of employing the identical Xiaomi MIUI OS versions and wanna root your smartphone to get more customization and an impeccable user interface?

If Yes, Today, we’re here with a new post for all of you seeking to root your Mi smartphone but facing difficulties in doing the same. You can here download the Mi Unlock tool, which will help you clear all the prerequisite processes before rooting the Mi smartphone.

Xiaomi Mi Unlock Tool is one of the official tools flowed by official Xiaomi developers! It’s a convenient tool that you can download on any of your PC’s Windows version and take its assistance to unlock your device’s Bootloader.

But If You’re the one, who loves making enormous tweaks with your Xiaomi smartphones like installing Magisk root, customizing the interface, flashing Stock ROMs, or enjoying the Magisk Modules, you must need this tool for unlocking the Bootloader.

Moreover, It’s a convenient and lightweight tool that can merely work on Windows 10, Windows 8.1/8, Windows 7, and Windows XP. So here you’ll get the complete details about the Mi Unlock tool, Bootloader, and the answers to all your questions! 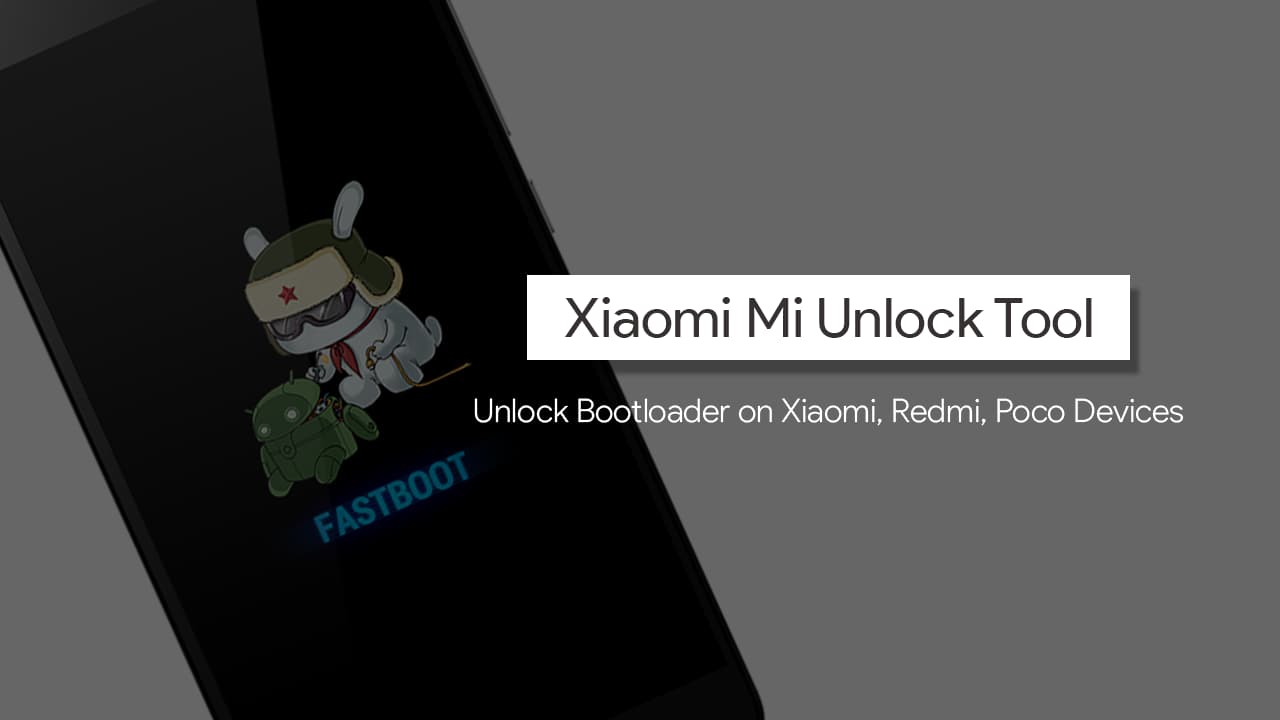 Apart from that, You can also download the Xiaomi Unlocking tool and start a tricky tweaking life today!

Why Bootloader is locked?

If You’re an Android smartphone techie employing any Android OEM, You just need to have complete knowledge about the Bootloader. Well, Bootloader isn’t as tricky as it sounds!

It’s simply a program that runs every time you boot up or start your smartphone to load your device’s OS. It performs various hardware checks, originates the device’s processor, and deals with the Operating System.

However, Almost all Smartphone brands lock the smartphone’s Bootloader when manufacturing them since the unlocked bootloader devices contain both advantages and disadvantages.

The same stuff is with the Xiaomi smartphone brand. They work like all other OEMs and lock the Bootloader of the smartphone, which results in having a single operating system, similar boring experience.

All You need here is to download the Mi Unlock tool and unlock it ASAP to use all your desired tweaks and any unauthorized firmware.

Still, before unlocking the Bootloader, let’s look at the advantages and disadvantages of Unlocking Bootloader for not getting stuck between troubles!

Mi Unlock Tool is the official Mi launched tool that you can download and install on almost all Windows OS PCs, Windows 10, Windows 8.1/8, Windows 7, or Windows XP.

It’s a handy tool that you can conveniently operate with zero knowledge of the process. It’s basically known for unlocking the smartphone’s Bootloader or getting access to flashing the Custom ROMs.

Moreover, If You got annoyed by waiting for 10-15 days to unlock the Xiaomi device’s Bootloader, You can download here the Unofficial Xiaomi Unlock tool! It’s just the other version of the Mi Unlocking Tool, which helps you unlock your device’s Bootloader instantly.

Yeah, You heard right! Now, You won’t have to wait hundreds of hours for the unlocking; just download Unofficial Mi Unlock Tool and enjoy the instant technology.

What is Mi Unlock Tool?

Mi Unlock Tool is a Bootloader unlocking tool developed officially by Xiaomi. This tool can help you unlock your smartphone’s Bootloader at the most straightforward steps, without any errors. Moreover, It can work on almost all Windows OS versions, including Windows 10, Windows 8.1/8, Windows 7, or Windows XP.

What is Mi unlock status?

Mi Unlock Status is the permission that you need to authorize your smartphone by going inside the Developer Settings of your MI device. It’ll work by internet, and basically, it’ll need you to authorize the unlock permission from your MI account to your device. To enable this permission and afterward, enjoy the advantages of unlocked Bootloader.

What is Unofficial Mi Unlock Tool?

Additionally, It offers the instant unlocking process, where the first official version needs to invest at least ten days in unlocking Bootloader. Time to get upgraded; employ the Unofficial Mi Unlock Tool ASAP!

How to fix Mi Unlock Tool Not connected to the phone Error?

It’s basically the driver issue, since lots of the time, people install the Xiaomi MI Unlock Tool and fastboot their smartphone, but forget installing the USB drivers. Don’t worry, just download the latest versions of Xiaomi ADB/Fastboot USB Drivers, and then try again.

How to fix Current account is not bound to this device Error?

It majorly happens when your account isn’t associated with your smartphone. Stop worrying, and try performing the Mi unlock status steps again; and at this time, add your preferred Mi account to enable the Unlock permission.

It’s the unique error that only arises rarest times. But still, If you’re the one having this error on the Xiaomi smartphone, you need to wait until the addressed time.

And If you’re using the Poco X2 smartphone, then please don’t sign out your Mi account or factory reset your phone because of this error since it can considerably enhance the time limit.

That’s all about Xiaomi’s bootloader unlocking tool! Now You can download any version of the Xiaomi Mi Unlock Tool from the oldest to the most recent one. Just choose your desired one from the above links and tap on the link ASAP.

And Yes, Please look at the prerequisites and the unlocking process before going forward with Xiaomi Bootloader Unlock Tool. You can comment below for more queries, and we’ll feel damn delighted in replying to them. Enjoy tweaking!