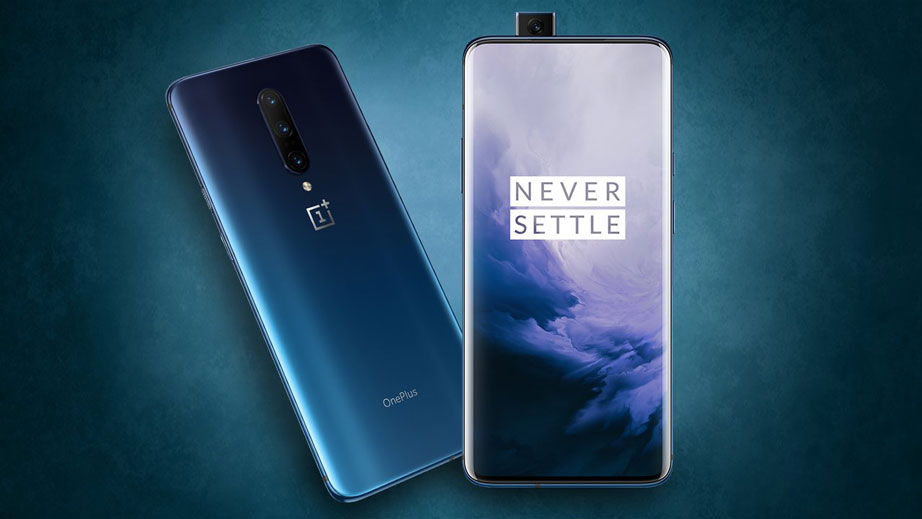 OnePlus 7 Pro is finally here and is closer to delivering everything you want from a flagship phone than any previous OnePlus handset and at $669 it’s truly a great value for money product. So, let’s take a look at the Top 7 Features Of OnePlus 7 Pro.

But before let me give you a key specification of this device. OnePlus 7 Pro is having a 1440 x 3120 pixels Fluid AMOLED which is protected by Corning Gorilla Glass. This device comes with Qualcomm Snapdragon 855 which is an Octa-core processor.

Here Are The Top 7 Features Of OnePlus 7 Pro

OnePlus 7 Pro has a showstopping curved edge to edge 90Hz QHD+ Display a first for OnePlus handsets. And I guess it’s only the second smartphone that has a 90Hz refresh rate. Coupled with the support for HDR10+ the display is by far the most impressive aspect of this device.

In fact, it has also received an A+ rating from DisplayMate which is really cool. I’m a sucker for good displays and this is one of the best displays out there. Basically, it’s made by Samsung but kudos to OnePlus for going an extra mile and ordering a 90Hx display from them which I’m sure you’re gonna love it.

The OnePlus 7 pro also has an impressive full-screen curved display that reminds you of Samsung flagships. It looks really futuristic and beautiful, to say the least. To achieve this look OnePlus opted for a motorized camera setup. OnePlus claims it’s very sturdy and would last you 300,000 operations which means it’s gonna easily last for over 5 years or even more if you don’t take more selfies.

They have also done a durability test where they picked up a cement block of 49 pounds with the selfie mechanism and surprisingly it didn’t break. Here is the video

Also, it has a mechanism where if you drop the phone while you are taking selfies, the accelerometer detects the fall. and the mechanism hides the camera back in the body in a fraction of a second.

So, the moving camera mechanism is sturdy and there shouldn’t be durability issues in real life.

Our phones have a blazing fast 7nm processor but the performance of our phones also depends on a number of other factors. And the quality of the storage is an important one that can have a huge impact, especially in the long run.

OnePlus 7 Pro has a UFS 3.0 storage so you’ll notice a significant performance boost. Almost twice as compared to the UFS 2.1 Storage found on the other flagships. Right now there are only 2 devices that support the UFS 3.0, they are the OnePlus 7 Pro and Samsung’s Galaxy Fold.

Speakers on phones are not just important to music lovers, but also to those who watch films and T.V shows or play a lot of games. Over the last few years, more and more manufacturers have started incorporating stereo speakers into their handsets and thankfully OnePlus has included one this time, one channel at the bottom of the phone and the other inside the earpiece.

So, with stereo speakers coupled with Dolby Atmos you content consumption experience one the OnePlus 7 Pro is gonna be top-notch in the aural sense as much as its gonna be in the visual sense.

It has an in-display fingerprint scanner just like the OnePlus 6T which means it’s optical and not ultrasonic like on the Galaxy S10. So, there are some compromises in the security but the good thing is, it’s insanely fast this time.

OnePlus claims it’s going to unlock it in just 0.21 seconds which is over 30% faster than the 6T. It’s really a significant improvement compared to last year.

OnePlus has also jumped on the triple camera bandwagon. This represents a series of firsts for the OnePlus camera system. The lenses include a normal, wide angle and telephoto lens.

There’s also a night mode called nightscape. Not really sure if it’s as good as Huawei’s or Google’s night mode but it’s cool nonetheless to at least have it.

it also has a 4000 mAh battery which is a big enough but the problem is 90Hz display is going to eat up a lot of that battery life. In a recent comparison video, MKBHD said he got around 4 hours of screen on time which is poor.

In comparison, the Huawei P30 Pro gives over 7 hours of screen on time. So, OnePlus has some work to do. Thankfully they are working on thevariable refresh rate and may push that with a future update.

Also, there would be a wrap charger of 30 watts. So, at least the charging speeds are good. In any case for $669, OnePlus 7 Pro is one of the best devices you can get right now which will offer a truly different experience than any other previous OnePlus products.