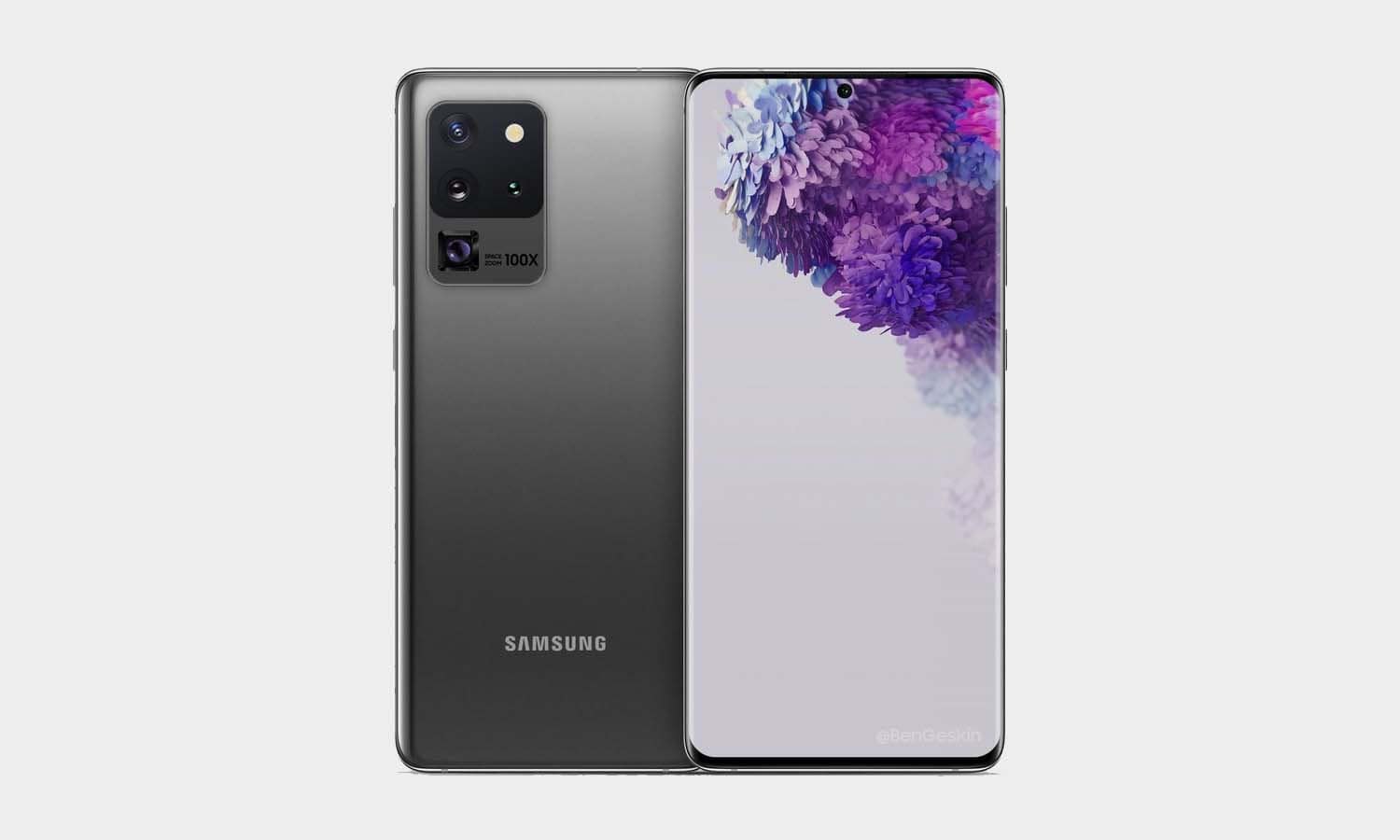 The Galaxy S20 has been leaking quite heavily in the past few days. We know almost everything there’s to know about the handset that any new information shouldn’t come off as a surprise but today’s spec leak shows that there is one more surprise left and it’s at the front camera.

Ishan Agarwal has leaked the full detailed specifications of all the Galaxy S20 variants, and we know everything that is mentioned here on the spec list except the front camera of the Galaxy S20 Ultra.

You see Samsung is equipping a 40MP front camera on the S20 Ultra. That’s four times more than what we have on devices like the Galaxy S10+ and Note 10+. Only the S20 Ultra has this sensor, the S20 and S20 Plus will use the 10MP camera probably the same one we have one the S10 and Note 10.

That said, this 40MP sensor that they’re going to use on the S20 Ultra is going to be the same one that Samsung unveiled a few months ago. Pay little attention here, and this sensor has 0.7 micrometres or microns of Pixel size. Like I’ve mentioned in the past, pixel size plays a massive role in determining the quality of images.

So they’ll probably do four to one pixel binning to achieve 10MP images with a Pixel size of 1.4 microns which will make sure the low light photos won’t suffer.

The reason mentioned was that Samsung believes the Snapdragon 865 is a better processor this year as the performance difference was quite significant compared to the Exynos counterpart. That’s the reason South Korea the home turf of Samsung will get the Snapdragon processor for the S20 instead of Exynos.

And Ice Universe was saying that not only South Korea other countries like India and other Asian countries will also get the Snapdragon variant. But today’s report says otherwise. It says Asia and Europe will get the Exynos as usual. Now, honestly, I don’t know what’s going to happen, because we have two different sources telling different things.

But rest assured I’ll keep an ear to the ground so if I hear anything more about it, I’ll surely keep you posted.

Image shows the Camera Design of the Galaxy S20 Ultra

So we saw the live pictures and live hands-on video of the Galaxy S20+ which fully revealed the design of the handset. But there’s still mystery left to the top tier S20 variant the S20 Ultra.

This image accurately represents how the Samsung Galaxy S20 Ultra 5G Camera setup looks like! It will be dual shade (grey matte like + black), and it honestly looks good (better than what I tried to make here lol). Yeah, 100X would be printed besides Periscope Camera. pic.twitter.com/YwbYWZmvyg

The last time we heard Max said the Ultra would look better than the S20 Plus. And today courtesy of Ishan Agarwal, we kind of have an idea how the camera setup will look on the S20 Ultra.

So this is apparently how it’s going to look. The device will have a considerable camera rectangle, and this is going to be the design of that camera rectangle. It has a dual-tone finish with four cameras and 100x written beside the periscope camera signifying the handset will have 100 times hybrid zoom capability.

Now, this looks way better than the old rendered camera design, as the dual-tone gives it more character Eager to see how it’s going to look on the real device which thankfully will be unveiled in less than three weeks. So, this is the complete information about the leaks of the Galaxy S20 Ultra.